My greatest gratification comes from helping people. It’s not just the way I practice my profession; it’s the way I live.

Dean Heiling | Why I Practice Law

My greatest pleasure is my clients’ knowing they are not alone.
Someone is there helping them, and I am that someone.

Between college and law school, I volunteered for VISTA (Volunteers In Service To America). My role was to help accused people who were new to the criminal system get out of jail. While they awaited their trials, I worked to steer them back to school, work, the Job Corps, or the military. In my innocent optimism, I thought I could help people who were in extremely difficult personal and legal crises, and it turned out I actually could.

When I started law school the next year, my goal was to become a criminal defense lawyer. I felt I could help the downtrodden and promote the freedoms that are our constitutional right. For the next dozen years, I kept an active criminal defense practice, doing everything I could to help my clients develop and maintain a positive attitude toward living a crime-free life and to preserve the presumption of innocence that is the core of our criminal justice system.

Criminal defense took a toll on me because I took my clients and their cases seriously, almost personally. The stress eventually got the best of me, so I stopped practicing criminal law and focused on civil law.

Ever since then, I have been able to protect my clients from an adversarial system, helping them get their cars repaired, their medical bills paid, and their lost income covered while they recover from their injuries. It has been a great ride, and even though I am supposed to be retired, I haven’t been able to bring myself to let it go completely. Perhaps I never will.

Dean’s path to the practice of law got an early start on eighth grade career planning day in 1959. With his father sitting beside him, they pondered a list of occupations and professions ranging from elevator operator to nuclear scientist and the following conversation occurred:

Dean: Which one should I pick?

Dean ultimately went on to Willamette University College of Law and received his Doctorate of Jurisprudence in 1971. He made arrangements to join an established attorney in Douglas County, but the attorney changed his mind at the last minute with the condolence that “any attorney worth a damn can make it on his own.” With that reassurance, Dean opened his own office in Winston, a town of 2,500 that had never had its own attorney.

Dean quickly learned that law school, with all it had to offer, did not prepare him for the practice of law. He held a general practice that included whatever walked in the door, but he relied primarily on criminal case appointments to learn the ropes and pay the bills. It was a fast learning curve.

The next year, Douglas County established its own public defender’s office and Dean was selected as the county’s first public defender. A year later, Dean returned to private practice and began to include personal injury and insurance claims in his caseload while resuming a general practice so as to help his clients any way he could.

In 1988, Dean met Anita at their 25th high school reunion and quickly found her to be the love of his life. In 1989 he married her and moved to Portland where he has practiced ever since.

Dean and Anita enjoy running, biking, and working out. They say they enjoy golf even though they frequently swear off playing because they can’t quite get the hang of it. They especially enjoy getting together with friends for dinner with wine­. And they find themselves traveling to wonderful places with increased frequency. 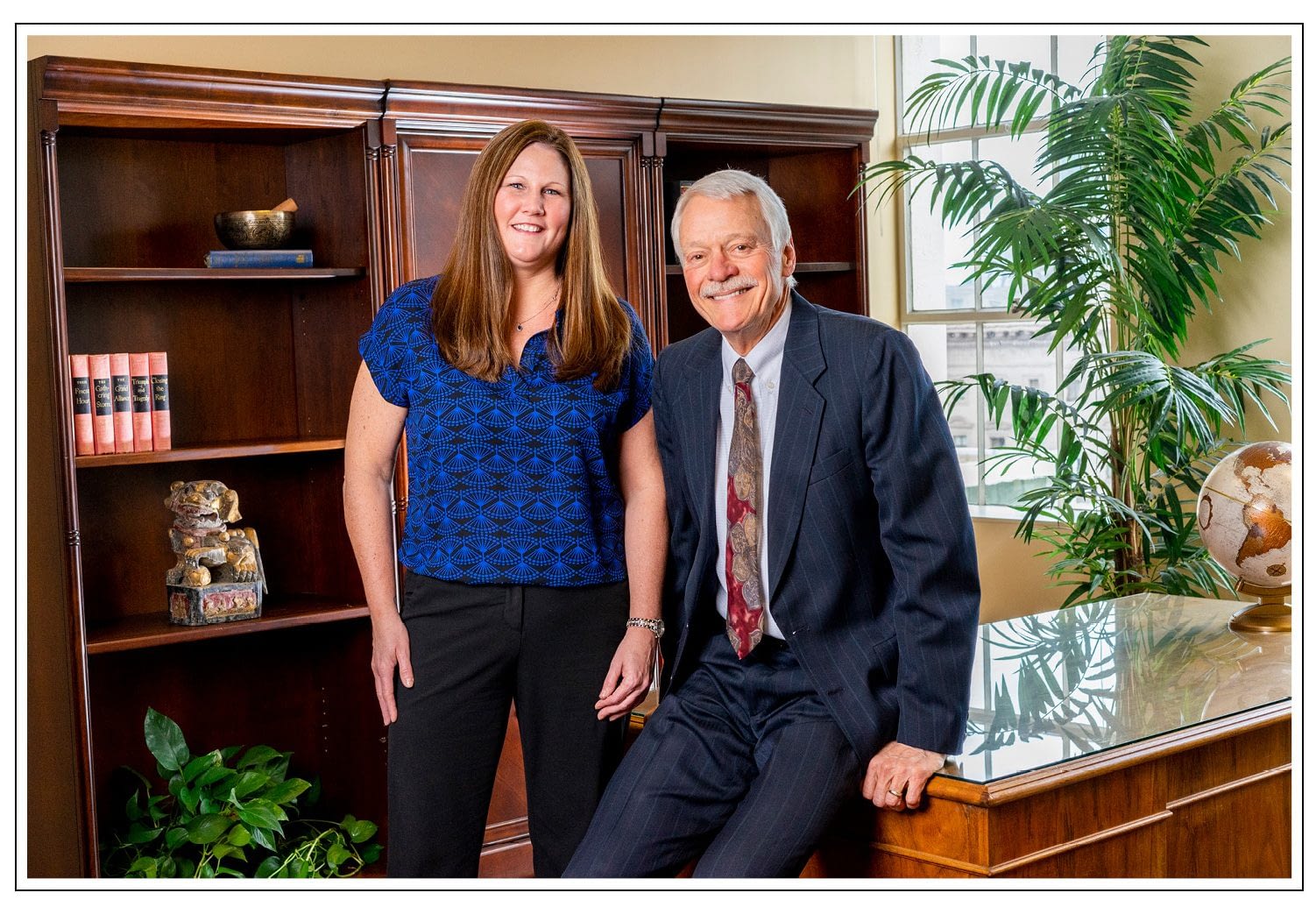 CARY M. BARBER
Paralegal to Dean Heiling
Cary@HDF-Law.com
I feel absolutely blessed (I don’t usually use that term) to have Cary M. Barber as my Paralegal. Cary knows all aspects of her job better than any other Paralegal I have ever had. But Cary’s value goes beyond her training and technical skills; she offers valuable insight into our clients and their claims. We work together as a team, discussing strategies and developing each client’s claim to its maximum potential. And Cary adds to the enjoyment of the practice of law, not just for me, but for everyone else in the office.

Dean is admitted to practice in state and federal courts in Oregon and Washington, the Ninth Circuit Court of Appeals and the United States Supreme Court.

He has been active for three decades with the Oregon Trial Lawyers Association, including being on the board of directors and OTLA’s professional and public education committees.

He served for several years on the Local Professional Responsibility Committee for the Oregon State Bar, he has represented the Bar in prosecutions against attorneys for ethics violations, and he continues to serve on other Bar committees.

Dean has won a number of cases in the Oregon Court of Appeals and the Oregon Supreme Court developing and protecting the rights of injured people.

Highly Recommended – made me comfortable in a very trying time

“Dean was incredibly knowledgable about personal injury and advocated for me in many ways during my case. He made the process as comfortable for me as it could be. Not only was Dean a great attorney, but his staff was incredibly helpful and supportive.”

We’ll help you determine whether you have a case and if you need an attorney. It doesn’t make sense to hire a lawyer if you don’t need one.

Contact us today and together we can figure
out how we can be of service to you.

Any cookies that may not be particularly necessary for the website to function and is used specifically to collect user personal data via analytics, ads, other embedded contents are termed as non-necessary cookies. It is mandatory to procure user consent prior to running these cookies on your website.

At Heiling Dwyer Fernandes the health and safety of our staff, clients and community is our top priority. Due to the Covid-19 pandemic, we are taking direction from the CDC and our state and local government officials to protect the wellbeing of all those we interact with.

To reduce exposure and transmission of the virus, beginning Monday, March 24, we provided our team with the technology and tools to create remote workspaces so that together we are able to seamlessly take care of our clients as if we were in the downtown Portland office.

We continue to provide free consultations.

Through technology advancements, we have been able to adapt our office phone system and set-up a secure video conference platform, to meet virtually with those in need of our help and support through this difficult time.

From everyone at Heiling Dwyer Fernandes Family, we wish you and your family good health.
We believe that together we can overcome this pandemic.